State Relations builds relationships while developing and implementing strategies to advance UW–Madison’s priorities with the state legislature, the governor and other state agencies.

Crystal Potts is the Director of State Relations for the University of Wisconsin-Madison. In her role, she serves as the point-of-contact for state government relations, including the governor’s office, state legislature, and state agencies. She also assists in the creation and implementation of a statewide advocacy effort on behalf of the university.
Crystal previously served as the chief of staff to Wisconsin State Senator Howard Marklein (R-Spring Green). In this capacity, she also supported the legislature’s budget-writing Joint Finance Committee as the senate staff lead on tax and local government issues. She also served as the research assistant and staff clerk to the Committee on Ways & Means in the State Assembly early in her career at the Wisconsin State Capitol.

Originally from the Twin Cities, Crystal is a proud graduate of UW-Madison with a BA in political science and Chinese. She lives in Fitchburg with her husband, two sons, dog, and two cats. 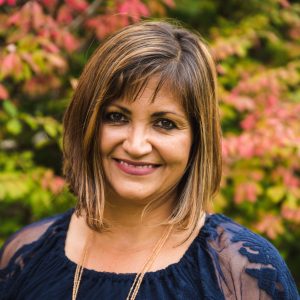 Fran is overseeing the development of UW Connects, a statewide outreach initiative for University Relations. UW Connects includes Badger Talks, Bucky’s Classroom, and Wisconsin Ambassadors. She has 15+ years of experience in program development, event management, community and public relations, marketing, and communications. Formerly the Community Relations Manager at Monona Terrace Community & Convention Center, she served as a spokesperson for the facility, managed events, and developed robust partnerships within the Madison business community. In addition, she previously served as an Outreach Program Manager at UW–Stevens Point. Fran has a Bachelor of Arts from the University of Illinois and an MBA in marketing from DePaul University.

State Relations, as an office of University Relations, is developing and delivering messages on UW–Madison priorities with the state legislature while fostering relationships throughout the state.

Read about UW–Madison and the 2023-25 state budget and our 2022 legislative priorities.